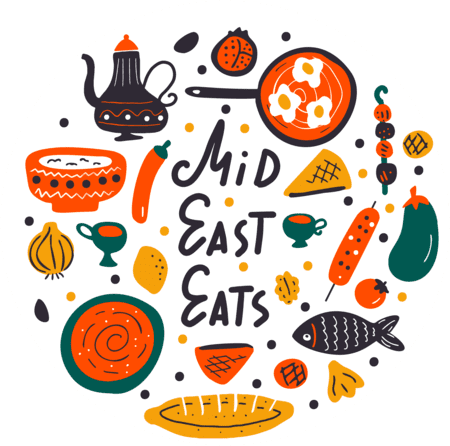 What is a food tour?

A food tour is a group of people, joined by a tour guide, that walk around a neighborhood and sample foods from different restaurants. During the tour, the guide will speak about the city’s history and the local community. Our tour will specifically address the Middle Eastern community, countries, history, traditions, and foods.

Mid East Eats is a food and culture tour of the Little Arabia District located in Anaheim, CA (10 minutes from Disneyland). As we explore the district on foot, you will learn about different Arab cuisines and immerse yourself in the ancient cultures of the Middle East. Guests will sample common Middle Eastern dishes such as hummus and falafel, as well as unique dishes unknown to many. Guests will also visit an Arab grocery store and a clothing store where they will find souvenirs, traditional clothing, golden wall art, and much more.

Created by a first generation Arab-American woman, our highly informative food tour is meant to fully immerse you into our ancient Arab culture and expand your world views, all while devouring unique Arab cuisine. Our tour will specifically address the Middle Eastern community, countries, history, traditions, and foods. The tour is also intended to support small business owners and attract more tourism to the District of Little Arabia. 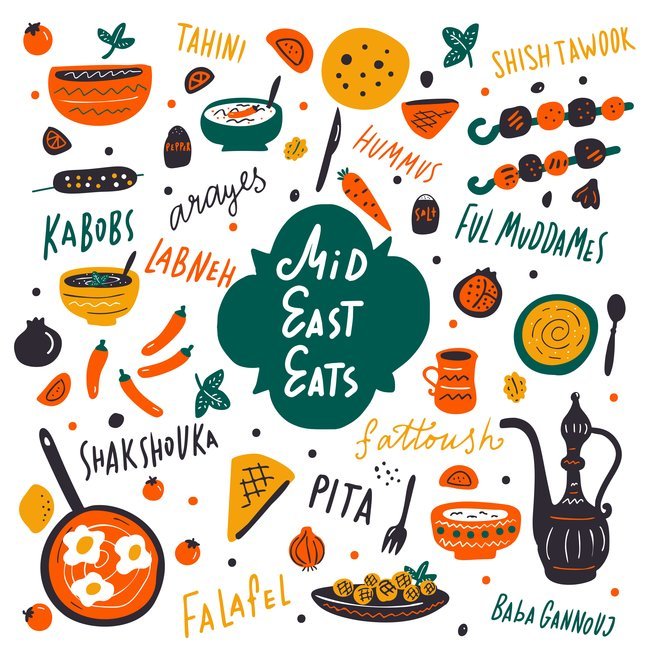 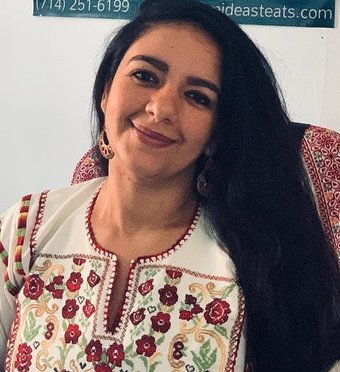 Owner
Ahlan wa Sahlan & Welcome! My name is Sumer (Summer) and I am a first generation Arab-American living in sunny Los Angeles. I was born and raised in Maryland and lived in Palestine for 3 years as a child. I spent many Summers visiting my fathers family in beautiful SoCal. I love all cultures and cuisines. I created this tour to break down negative stereotypes about my culture. I think that Arabs are misrepresented in American media. Being an American myself, it was quite offensive to see Arabs being portrayed as terrorists. In reality, Arabs are a generous and humble people. Inviting others to eat with us is the best way to show those qualities. You will see that our culture is centered around friends, family, food and hospitality. My goal is to break down barriers through our mutual love of delicious food. I am so excited to share our culture with all!

About the Little Arabia District

“We all know that Anaheim has some of the most authentic and diverse neighborhoods in the state. Our city is one of the most ethnically diverse cities in the U.S. Take for example, Brookhurst Street, or as the locals refer to it, Little Arabia. Home to halal butcher shops, restaurants, beauty salons, travel agencies, bakeries and more, this neighborhood is really a cultural destination in our city. ”

Little Arabia District is an ethnic enclave in Orange County, California, United States, the center for Orange County’s Arab-American community. It is sometimes referred to as “Little Gaza” which was a play on the original designation of this area as the “Garza Island.”

According to the OC Weekly, prior to the arrival of Arab merchants and families, the section of West Anaheim was popularly known as the Gaza Strip because of an unincorporated area called Garza Island.

“Rising from agricultural fields in the 1950s post-World War II building boom, the Gaza Strip hosted a collection of dive bars, restaurants, and mom-and-pop stores on the main streets, with tract housing and apartments in the neighborhoods giving it a distinctly working-class feel. The area’s most famous business is Linbrook Bowl, a legendary bowling alley that Huell Howser has profiled and whose Googie-style sign, complete with rotating pin, still lights up every night.

“But by the 1980s, white flight left the Gaza Strip mostly abandoned or replaced with seedy businesses,” according to an OC Weekly 2012 cover story.

Little Arabia grew significantly in the 1990s with the arrival of immigrants from the Arab World, and is home to thousands of Arab-Americans predominantly hailing from Egypt, Syria, Lebanon and Palestine.  Local Arab American business leaders  began buying distressed homes and selling them to Arab immigrants. They also bought plazas, office buildings, and  recruited merchants to start up new businesses in West Anaheim.

In 2010, local Arab American groups launched a social media campaign to build momentum around the idea of officially designating the area as “Little Arabia.” The campaign included a drive to contact city officials to express support for a designation alongside other outlined goals such as partnering with the city to improve signage and building facades.

Four years later, a renewed push by community groups to advocate for an official designation of the district brought nationwide media coverage to Little Arabia, including in the Los Angeles Times, NPR, and Aljazeera America.  In addition, Anaheim Mayor Tom Tait praised the businesses of Little Arabia during his 2014 State of the City address, an event held at the time by the Anaheim Chamber of Commerce. For the first time in the city’s history, the Mayor encouraged more than 600 attendees to visit the district and dine at authentic Arabic restaurants in Anaheim.